A safe and inexpensive home remedy for hair loss

White iodine or decolorized iodine has been reported to be a great benefit in restoring hair loss. 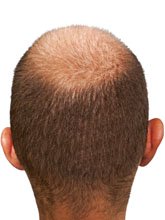 A friend of mine has been suffering with hair loss for years.

He's not very experienced on the computer so I did some research for him. I discovered a little known remedy for hair loss.

He is now applying white iodine or decolorized iodine directly to his scalp twice a day and he's starting to see a difference. Per my suggestion, he is also taking Carlson Fish oil and manganese.

According to the research I've done, there are theories why people lose their hair. Doctors have not really established a definitive diagnosis.

One theory is the scalp has a fungus. It has been reported that the white iodine stops any itching from the fungus and serves as an antiseptic and an antifungal agent.

Another possibility is that individuals may have an undiagnosed iodine deficiency which can be helped with the addition of white iodine. Hair loss is one of the many symptoms of low iodine.

The iodine is absorbed through the scalp and helps the body by providing numerous benefits.

The following results were discovered at ABC Homeopathy on their forum:

One woman wrote about her 17 year old daughter who suffered with alopecia areata since she was three years old.

She had total hair loss on her head. Her daughter was in third grade before she had most of her hair back as a direct result from the hint given to her by a retired beautician.

The beautician's family members suffered with alopecia. They used white iodine or decolorized iodine dabbed on the hair loss areas to start the hair growing again. 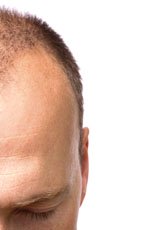 One woman wrote about her treatment using white iodine. She noticed a light fuzz of hair coming in after a week. Ninety-five percent of her hair returned.

Another woman wrote that she had suffered with hair loss for the last 7 years. She tried everything from Rogaine to hormone pills, and assorted products.

She followed the ABC Homeopathy protocol by Joe De Silva, and supplemented it with topical application of decolorized iodine. Her hair began to grow in the bald spots.

At Earth Clinic, there is a "Folk Remedies and Holistic Cures" area. This information was posted about white iodine:

She started applying decolorized iodine to the bald spots. Within 6 weeks to 8 weeks the spots were beginning to be covered with new hair.

She also found that the profound fatigue which came over her when her hair began falling out, seemed to lessen.

Betsy from Atizapan de Zaragoza, Mexico wrote that people in Mexico have used iodine as a means of preventing baldness.

One woman used iodine for years as a preventive measure against baldness by using it as a rinse after washing her hair.

Ted, well known and respected authority for Earth Clinic states, there is an array of products used for hair loss.

The reason he lists this array of "cures" is because they all have one thing in common - they have high antifungal properties and they are high in manganese.

It is his theory that fungus and mycoplasma cause hair loss by attacking hair follicles. The iodine stops the fungus from devouring the hair follicle.

He recommends doing iodine painting for 3 days and then taking 3 to 4 days off to allow the body's natural circadian rhythms to restore itself. You are the best judge of whether or not this is necessary.

Typically, he states you will see results within 2-6 weeks. It is not necessary to dilute the iodine. If it irritates your skin, then you should dilute the product with water or discontinue.

Leave White Iodine and Return to Benefits of Iodine