Mercury acts as a neurotoxin which damages or destroys nerve tissue.

Fortunately, for you and me, a mercury detox will eradicate this neurotoxin.

This unique toxin has the distinction of being the most poisonous, non-radioactive, and naturally occurring element in our environment.

It is reported that 200 million people in the United States have composite amalgams consisting of silver and mercury (mostly mercury) fillings in their teeth. These toxic implants are quietly destroying their health.

The American Dental Association released information stating that mercury vapors are "sealed" in the amalgam and pose no treat to health.

However, other scientifc studies report to the contrary. The simple act of chewing, eating hot foods, and brushing your teeth releases toxic fumes which are absorbed by the body.

This video clearly shows the release of these vapors. We are continually exposed to all types of chemicals, pesticides and industrial poisons. However, your neurotoxin of nonchoice is in your mouth inches from your brain.

Norway and Sweden have banned amalgams. Unfortunately, the Federal Drug Administration appears to be lulled to sleep by the American Dental Association.

Additional exposure to mercury now comes through fructose a standard addition to almost every manufactured food product on the market today. 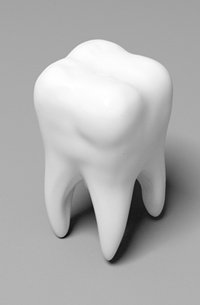 Iodine in the form of Lugols is an extremely effective heavy metal detoxifier of mercury, lead, cadmium, aluminium and bromide. Damage done by mercury is closely related to halogens.

On my favorite site, Earth Clinic, I found the following:

Adam from Tucson, Arizona wrote he found Adzuki Beans work for heavy metal detox. Soak the beans overnight and save the water which contain the "natural medicine". Cook the beans until they are tender.

After he ate them, he felt a strong detox sensation similar to when he eats cilantro for detoxing. He finds the beans tasty with turmeric and cinnamon or sea salt.

The expert for Earth Clinic, Ted, uses tannic acid as an effective chelator to remove lead, cadmium, iron and mercury.

He uses 1/8th of a teaspoon of tannic acid diluted in a liter of drinking water. 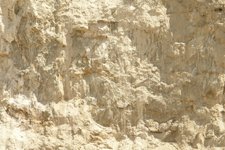 Pascalite clay or calcium bentonite has the natural ability to draw toxins from the body.

It absorbs and stimulates the evacuation of toxic and non-useful elements from the body.

I have been using Pascalite for several years by adding it to my drinking water. My original intent was to add trace minerals, including calcium, to my body.

A side benefit is I receive a mercury detox.

The product, Glutathione, produced in the body, is a significant antioxidant and friend to a body burdened with mercury.

It neutralizes toxic free radicals and escorts it out of the body. Glutathione loss is increased if fillings of amalgam remain in tact. The body is overwhelmed with continuing amounts of mercury entering while trying to remove what has accumulated over time.

When glutathione is taken in conjunction with NAC N-Acetyl Cysteine, the levels are raised and the intestinal health is able to bind with the mercury going through the intestine.

This amino acid cysteine, NAC N-Acetyl Cysteine, is known as an “anti-mercury” activator. It perform a vital role by supporting the body’s effort to rid itself of mercury.

When used alone, it is a potent detoxifier, but when used in conjunction with glutatione, it packs a powerful punch.

Scientifically speaking, two molecules of glutathione are used each time one atom of mercury is removed.

Overtime, the body is totally depleted fighting the battle. NAC helps restore the balance when taken in conjunction with glutathione.

This is an absolute must for mercury detoxification.

NAC assists the body's glutathione level and helps to rebuild the immune system.

When supplemented, the suggested dosage is 1 capsule of 500 mg. 3 times a day with meals.

This antioxidant, Alpha Lipoic Acid produced in your body, is known as a mercury detoxifier. Because mercury has a liking for fatty tissue, this is more effective than glutathione for removing mercury from the brain.

The body is unable to produce enough ALA on its own to remove a toxic overload. Additional supplementation with one capsule of 150 mg. two times a day with meals rebuilds the deficit.

The body's ability to manufacture this antioxidant decreases with age and is lost during mercury detoxification.

ALA helps rebuild the immune system and fights gum disease. 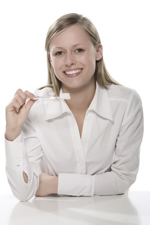 Selenium, a trace mineral works in conjunction with iodine. It assists the body to produce glutathione.

Additionally, it builds the immune system and supports the heart. It is extremely beneficial with a mercury detox.

Mercury blocks the absorption of iodine in your system. Find out if you are iodine deficient.

Leave Mercury Detox and Return to Benefits of Iodine