Cure it Safely and Naturally 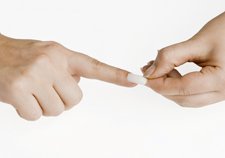 Fingernail fungus occurs when a fungi infects your nail bed.

The fingernail fungus is called onychomycosis and develops when the nail is exposed to long periods of hot and humid conditions.

You may see either a white or yellow spot under the tip of the nail.

As the fungus grows, it burrows deeper into the nail bed. The nail beings to discolor, thicken and develop crumbling edges.

The product, White Iodine not only cures fungus, it balances and restores your body's need for iodine and promotes hair regrowth at the same time.

Colored iodine and white iodine/decolorized iodine have antifungal properties which have been documented extensively.

White iodine/decolorized iodine is used topically and does not stain like regular iodine. It is also used for alopecia areta. 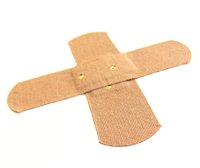 There are host of products selling quick cures for this problem. Some of them work - some of them do not.

Quick being a relative term since we are waiting for new nail growth to appear.

Here are several home remedies for fingernail fungus infection which have been relatively successful:

Here are some testimonials from Earth Clinic about white iodine:

Laurie from East Meadow, New York, wrote that white iodine or decolorized iodine cured the fungus under her nails. She said it worked wonders.

Stephanie from Loganholme, Qld. Australia wrote that her brittle and easily broken finger nails prompted her to try colorless iodine.

It made her fingernails hard, chip proof and unbreakable.

After that, she used the iodine once a month. She noted that the iodine dries almost instantly.

It began hardening the nails under the cuticle and as the nails grew out, they stayed hard and unbreakable.

She was pleased she will never need expensive formulas again

Research conducted at the Georgetown University Medical Center supports the natural ability of oregano oil to act as a natural fungal agent as reported in Business Week magazine.

The article suggestesd that oil of oregano could become the next wonder drug.

If you think you can go to the grocery store to purchase oregano (the spice), it probably will not be on the shelf. If you do happen to find it, it will not be in the potency you need.

Part of Fingernail Composition is A - B - C - D

The lack of these essential nutrients causes fingernail deficiency.

Lack of Vitamin A can severely affect the nail health because this vitamin assists the body to process protein. And, protein is a major component of the nail. If there is not enough protein present, you may experience hangnails and brittle nails.

If retinoid, a component of Vitamin A, is lacking, the nails will be frail, soft and split easily. Vitamin B helps the nail to be strong. If this is lacking in your system, the nail may be fragile and brittle.

If you have an infectious disease, impaired kidney function, poor blood circulation or an iodine deficiency, your poor health will be reflected in the health of your fingernails.

You may want to discover additional information on how to overcome nail problems and infections, along with suggestions to help your fingernails grow.