By using liquid zeolite, your body is able to rid itself of heavy metals and toxins acquired over a lifetime of living.

Accumulated toxins such as halogens eventually reach a critical point where the liver, the main cleansing mechanism of the body, is overwhelmed.

Fortunately, the liver has the ability to rebuild itself if given proper support through a cleansing program. 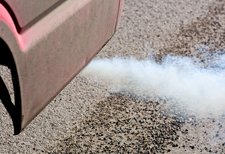 Heavy metals which affect your body:

The name zeolite, comes from the Greek word meaning "a stone that boils".

It is created when molten lava contacts water. The scientific name is clinoptilotite.

It has a negative charge which attracts positive charged toxic minerals.

The honeycomb structure of the rock allows it to pull in or bind with toxins, metals, and impurities in the body.

The toxins are then trapped and carried out of the body.

Zeolites are in the alumino silicate family of microporous solids called “molecular sieves.”

One gram of Zeolite clay, with its three dimensional structure of channels, provides up to several hundred square meters of surface area on which to attract toxins.

Clinical Research supports the findings that the use of activated clinoptliolite increases urinary excretion of toxic heavy metals.

Besides removing the heavy metals and inorganic chemicals from your body, zeolite may also:

There are several different liquid zeolite formulas on the market that I've tried.

However, I found that using zeolite efficiently removes heavy metals, chemicals and toxins from my body.

I have not experienced any detox problems such as flu like symptoms nor have I experienced extreme fatigue.

Essential trace minerals, trace elements and amino acids have been added which help the body with the cleansing process.

ORME technology allows the monoatomic elements to be more easily assimilated by your body.

Toxins are removed through the skin, the largest and most viable detoxification pathway for your body.

There are various protocols to address specific toxicities using pure and natural products.

SAUNA: Use of an infrared sauna is beneficial in removing the toxins.

SULFUR: An increase of organic sulfur compounds (thiols) with the addition of MSM and glutathione has also been recommended.


Other Uses of Zeolite

In some parts of the world, zeolite now replaces toxic phosphate in detergents.

It is used to reduce nuclear fission from water.

Zeolite has been used for more than 800 years in India, China, Russia and Asia in their traditional medicines for general health.

In the United States, it has been used for water filtration, air purification, and added to animal feed to improve bone density. 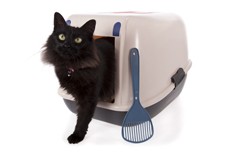 It is also used for:

Zeolite, used in a liquid or a powdered form, performs a vital function by providing a natural detoxing agent for man, animals, and the environment.

If you chose not to use liquid zeolite as a natural detox, you may find yourself faced with the dilemma of an iodine deficiency caused by an overly toxic body.