Potassium bromate has been banned in European food products, as well as the United Kingdom, since 1990.

Canada followed shortly thereafter in 1994. Sri Lanka in 2001, China in 2005, with Nigeria, Brazil, and Peru all banning this known carcinogen according to the latest report from Wikipedia.

This carcinogen is classified in Group 7, known as halogens in the Periodic Table.

The Center for Disease Control and Prevention lists bromine in the same class as potassium bromate, as a toxin.

In September 2007, the United States Food and Drug Administration (FDA) responded to Breast Cancer Choices Organization inquiry about the additive with the statement:

"Potassium bromate is still listed as a safe additive."

Uses in the United States

The United States has not followed the lead of other countries due to governmental interferance on the ban of carcinogenic substances.

In 1991, the FDA ineffectually urged bakers to voluntarily stop using the toxin. 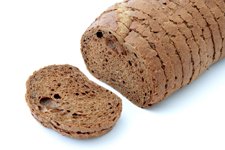 This chemical is used in almost all bread products in the U.S.

Purportedly, it is used to provide a reliable result in the baking process.

The label may disguise this chemical by stating  "enriched flour" as a cover-up.

Best Foods, maker of Arnold, Entenmann’s, and Orowheat, along with Pillsbury, have switched to bromate free processes.

Some supermarket chains, including Giant, Jewel, Ralph’s, and Von’s, do not use bromated flour.

Whole Foods Markets lists both bromated flour and potassium bromate as unacceptable ingredients for their products.

California, on its own, has taken the lead and now requires a warning label when bromated flour is used in any food product.

Tasty Baking, producer of TastyKake and Martin’s, still uses bromated flour in some of their products.

Fast food chains such as Burger King, Arby’s, and Wendy’s use bromated flour in their buns. Boston Market uses it in the French sandwich bread.

The Center for Science advises consumers to avoid bread, rolls, doughnuts, and cakes that list “potassium bromate” or “bromated flour” among their ingredients. This toxin has been labeled as a cancer threat.

The FDA’s limited surveys found that rolls and buns are likely to contain high levels of bromate. 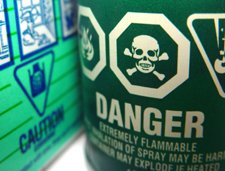 A condition known as bromide dominance or bromism develops when your body is exposed repeatedly to products, environment, and food stuffs containing bromide/potassium bromate.

When the level becomes high enough in the body, the bromide/bromate inhibits the body from properly absorbing iodine causing an iodine deficiency.

There was a reported case of an infant who developed vegetative lesions on the scalp and face after being given baby cough syrup containing bromine.

Loss of hearing or permanent deafness has been reported, specifically in the lower hearing frequency ranges.

This chemical can act as a depressant particularly to the brain and nervous system.

This lessens your sensitivity and works as a powerful depressant for the heart and sex organs sometimes causing loss of the libido.

The list of poisoning symptoms is long and varied: 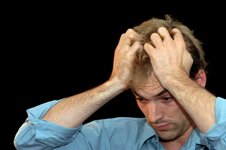 The Most Severe Symptoms

Some of the most severe symptoms manifest as:

Products which contain these chemicals are: 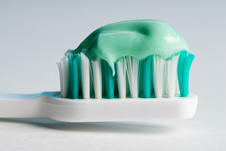 Dr. David Brownstein, M.D., author of "Iodine - Why You Need it and Why you Can't Live Without It" has developed a protocol to remove the toxin from your body.

Studies have revealed that once bromine/bromide/potassium bromide enters your body, it binds with the iodine receptors to damage the transporter cells.

It is then stored in the fat tissues. Once this happens, your body becomes deficient in iodine. By supplementing your body with iodine, it is able to detoxify and cleanse itself of the bromine while retaining the much needed iodine.

Salt can also be used. The chlorine in the salt is in the same family as the bromides and competitively inhibits the bromine retention.

With the iodine supplementation, such as the addition of Idoral or Lugols to the diet, the immune system can be improved and the hormone system balance can be restored.

Without this balance, you may find you have developed an iodine deficiency.